Do well, do good: Why it doesn’t matter where you start from, it’s where you aim to get to that makes the difference – Sir Ken Olisa OBE

Sir Ken Olisa is a business leader, philanthropist and Her Majesty’s Lord-Lieutenant of Greater London. But if you think today’s story is one of a gilded life you’d be wrong. Of his own childhood Ken has spoken of “a world of outside toilets and bomb sites as playgrounds,” leading him to note that it doesn’t matter where you start from, it is where you get to that makes the difference.

Realising his ambition as the founder of two merchant banks focused on the technology sector – one of which, Interregnum, he floated at the height of the dotcom boom in 2000 – saw Sir Ken becoming the first British-born Black man to serve on the board of a major UK public company and, later, being named by The Powerlist as the most powerful Black Briton. It is an influence he puts to good use today as the founder of the Aleto Foundation, a charity and leadership programme supporting the future leaders of tomorrow. He discusses all of this, why he chooses to “do well and do good”, and his idea of The British Dream, in this edition of Change Makers.

Sir Kenneth Olisa OBE is a businessman and philanthropist, the founder of two technology merchant banks and the first British-born black man to serve as a Director of a FTSE-100 company (Reuters). An advocate of social inclusion, he is Chair of Thames Reach, a charity working to shelter and resettle the homeless; Chair of the Shaw Trust, supporting the disabled and chronically unemployed to find work; founding Chair of the Powerlist Foundation, supporting future leaders from Black and Minority Ethnic and disadvantaged backgrounds; a former Governor of the Peabody Trust; and a former Non Executive Director of the West Lambeth NHS Trust. He was awarded a knighthood in the 2018 New Year’s Honours List. In 2019 he became President of London Youth, a member network of 450+ community youth organisations working across London, supporting tens of thousands of young Londoners each year. 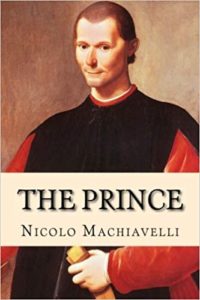 Nothing – I rarely watch TV

Racing to find opportunities to take advantage of everyone else’s new normal. 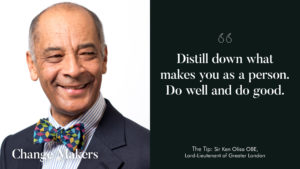 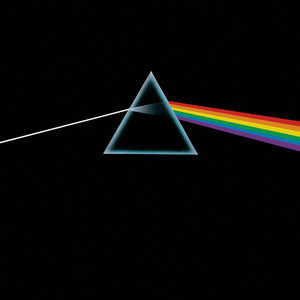