In our latest episode in collaboration with the University of London’s School of Advanced Study, Michael is joined by senior editor of The Economist, host of the weekly technology podcast Babbage, and best-selling author, Kenneth Cukier. His 2013 book Big Data written alongside Oxford University Professor Viktor Mayer Schönberger, was a revelatory exploration of the impact big data will have on the economy, science and society at large – arguing data can change the way we live, work and think. But while data will and is transforming our lives, Kenn’s latest collaboration with Professor Schönberger and Francis de Vericourt says we shouldn’t write humans off just yet. Framers: Human Advantage in an Age of Technology and Turmoil argues that while AI, machine learning and algorithms are on the rise, the human ability to frame allows us to see patterns, predict how things will unfold and make sense of situations in a way that data never can. Described by The Economist as “an ode to human ingenuity”; from the battle of tech giants, to the Me Too movement, to responses to the pandemic itself, Framers argues that the way we frame the world and the situations in it can be crucial to how we deal with our greatest challenges.

Kenneth Cukier is senior editor and the host of the weekly podcast on technology, Babbage. He is the co-author of the New York Times Bestselling book Big Data with Viktor Mayer-Schönberger, which was translated into over 20 languages. In 2021, he co-authored Framers: Human Advantage in an Age of Technology and Turmoil, alongside Mayer-Schönberger and Francis de Vericourt. Previously Kenn was the technology editor of the Wall Street Journal Asia in Hong Kong and worked at the International Herald Tribune in Paris. In 2002-04 he was a research fellow at Harvard’s Kennedy School of Government. Kenn is a board director of Chatham House (the Royal Institute of International Affairs), a member of the Council on Foreign Relations, and an Associate Fellow at the University of Oxford’s Saïd Business School. 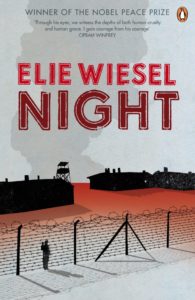 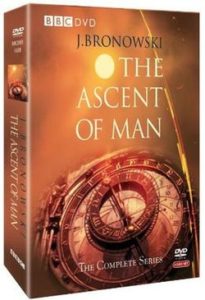 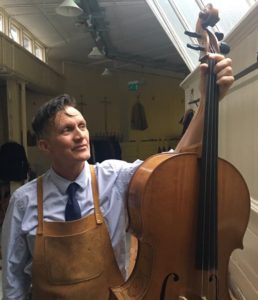 Giving everyone the benefit of the doubt and showing extra kindness: we’re all mentally hurt by the past year. 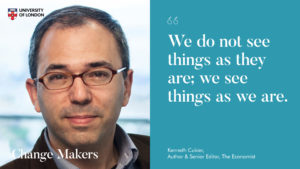 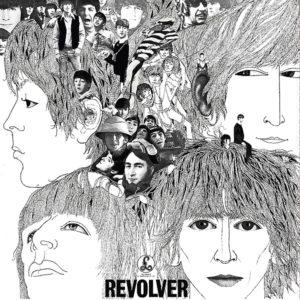 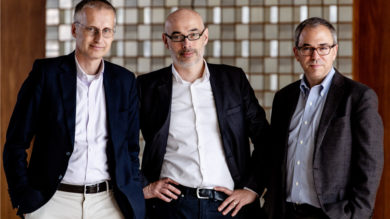 Buy Framers: Human Advantage in an Age of Technology and Turmoil 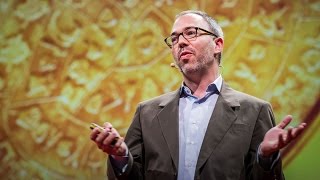 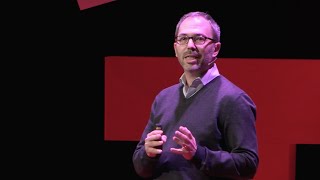