With the ethos that inclusive capitalism is better than exclusive capitalism our guest this week is Nigel Wilson, CEO of Legal & General: “We’ve created a culture where people want to deliver the right outcomes and society trusts us. Yes we’ll make errors, but we’re trying to do the right thing on a massive industrial scale.”

Legal & General’s £1 trillion financial firepower positions this leader at the forefront of the debate about how we achieve an inclusive future for everyone. Through actions not words, Nigel is a case study of business as a force for good. In the interview, Nigel takes us on a journey from his early life of dreams of being Newcastle United’s number 9 to becoming one of the financial world’s most powerful and influential figures.

Nigel was appointed Group Chief Executive in 2012 having joined as Group Chief Financial Officer in 2009. He is leading the 50/50 by 20/20 gender diversity initiative. Nigel was awarded City AM’s ‘Business Personality of the Year’ in 2014. Nigel also won the ‘Most Admired Leader’ award at Britain’s Most Admired Companies Awards 2017, for Management Today. In 2019 Nigel won ‘Change Maker of the Year’ at the Seven Hills Change Makers Summit. In 2015-2016 Nigel was a member of the Prime Minister’s Business Advisory Group. Qualifications include a PhD from the Massachusetts Institute of Technology where he was a Kennedy Scholar. Nigel has won numerous National Masters Athletics Championships. He has five daughters. 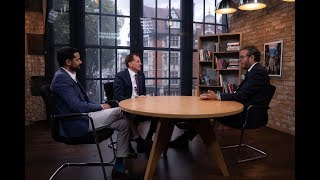 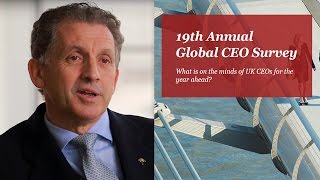 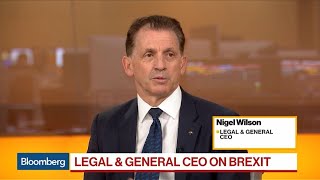