Living in the moment: the melody of change – John Rutter CBE, Composer & Conductor

We’re joined this week by renowned conductor and composer John Rutter CBE. John has composed music that has truly defined an age, including for the Queen’s Golden Jubilee and the wedding of the Duke and Duchess of Cambridge. Described by the New York Times as “the composer who owns Christmas”, John’s story is about bringing people together through creativity, invention and flair. He tells us that following your passion, trusting the creative process and being patient is the key to success.

John Rutter was born in London and studied music at Clare College, Cambridge. He first came to notice as a composer during his student years; much of his early work consisted of church music and other choral pieces including Christmas carols. From 1975–79 he was Director of Music at his alma mater, Clare College, and directed the college chapel choir in various recordings and broadcasts. Since 1979 he has divided his time between composition and conducting. Today his compositions, including such concert-length works as Requiem, Magnificat, Mass of the Children, The Gift of Life, and Visions are performed around the world. His music has featured in a number of British royal occasions, including the two most recent royal weddings. He edits the Oxford Choral Classics series, and, with Sir David Willcocks, co-edited four volumes of Carols for Choirs. In 1983 he formed his own choir the Cambridge Singers, with whom he has made numerous recordings, and he appears regularly in several countries as guest conductor and choral ambassador. He holds a Lambeth Doctorate in Music, and in 2007 was awarded a CBE for services to music.

I have been changed by the sum total of all the books I’ve read, the experiences I’ve had, the people I’ve met – so, no one book in particular. 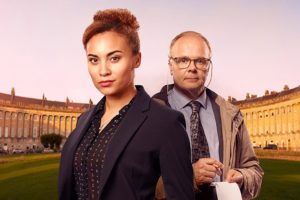 McDonald & Dodds. At the end of a busy week, it’s a bit of comfort TV. I love the geometric beauty of Bath, and I can identify with Dodds. 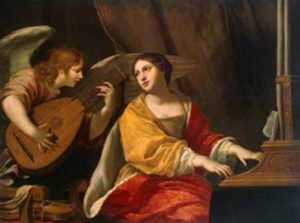 Saint Cecilia – the patron saint of musicians, who (according to W. H. Auden) ‘appears and inspires’. She doesn’t always come calling when I’d like her to

The same as the old normal, minus the global travel when I’m conducting; composers work in isolation anyway, so we’re used to it. 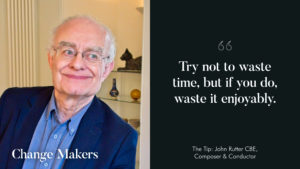 Try not to waste time, but if you do, waste it enjoyably.

Try to leave something good behind you.

This 55-CD box set has been my constant companion since the pandemic began. An inexhaustible treasure house.

Written as World War II raged, this inspirational symphony pointed towards a world of peace and light. The London Symphony Orchestra under Simon Rattle performed it at the the 2020 Proms, and few eyes can have been dry as they heard it.

3. The King’s Singers and George Shearing: Get Happy

One of my favourite King’s Singers albums, they teamed up with my late friend Sir George Shearing, probably the greatest jazz pianist of his generation, for an album that is guaranteed to make the world seem a more cheerful place. I love to play it while I help my other half cook dinner.

I haven’t needed to play this: the eternally captivating songs from this most optimistic of R & H musicals are always bouncing around in my head somewhere. Like the Vaughan Williams symphony, Oklahoma was written during World War II and gave American audiences a sense of the country, and the world, they were fighting for and looking forward to when the war was over.

An extraordinary recording of this was made by my good friends the Royal Philharmonic Orchestra during last year’s lockdown. It was pieced together with huge skill and patience, instrument by instrument, by the orchestra’s vice-chairman Matt Knight, from individual recordings made by all the musicians in their own homes. The ‘conductor’ was Alexander Shelley, the rising-star son of my old school friend Howard Shelley. I don’t know how they all did it, but it’s a masterly performance of an orchestral classic. It stands as a symbol of what our fantastic musicians can achieve in the face of impossible circumstances. 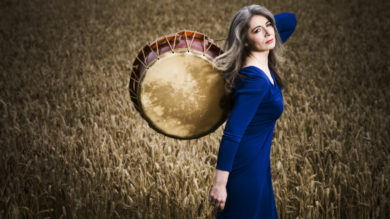 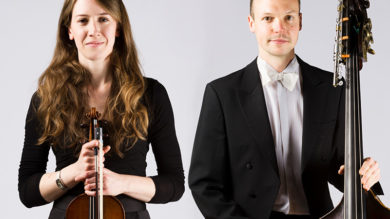