Our new Change Makers collaboration with University of London’s School of Advanced Study (SAS) is a landmark series that explores the ways in which COVID-19 has changed us as a society. Today, Michael is joined by the political journalist, broadcast and author Mary Ann Sieghart. As a senior editor and columnist at The Times for 20 years, Mary Ann made her name as one of the country’s most well-respected political journalists. Her latest book ‘The Authority Gap’, demonstrates that no matter the person or profile, the gender gap is perpetuated by systemic perceptions of women’s authoritative ability. Drawing on her own experience, alongside that of women from all walks of life, the book has been called “a much-needed manifesto”, that is not only a diagnosis of the problem, but a prescription of the change we need – described by former President of Ireland, Mary McAleese as “a credible roadmap capable of taking women from the margins to the centre.”

Mary Ann Sieghart is an experienced journalist, broadcaster and author. Today, she makes programmes for BBC Radio 4, is a Visiting Professor at King’s College London and is a trustee of a large portfolio of organisations and charities. She spent 2018-19 as a Visiting Fellow of All Souls College, Oxford, where she researched her latest book, The Authority Gap, on why women are taken less seriously than men. From 2010 to 2012, she wrote a weekly column in The Independent about politics, economics and social affairs, which followed two years as presenter of Newshour, the BBC World Service’s flagship news and current affairs programme. Between 1988 and 2007, Mary Ann was Assistant Editor of The Times, its chief political-leader writer from 1992 to 1999 and acting editor of the Monday edition of the paper from 1997 to 1999. She was a political and social affairs columnist both on the Comment page of the main paper and in the Times 2 section. Mary Ann has extensive TV and radio experience, both in presenting the likes of Newshour, The Big Picture and The World This Week and in appearing as a guest on Question Time, Today, Newsnight, Channel 4 News, The Andrew Marr Show, The Daily Politics and more. Before joining The Times, Mary Ann was political correspondent of The Economist, City Editor of Today newspaper and a Lex columnist and Eurobond correspondent at the Financial Times. 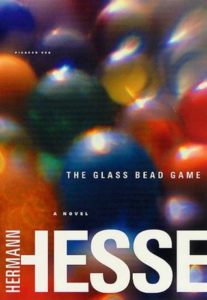 The book that most inspired me as a young adult was Herman Hesse’s The Glass Bead Game. This is pretty ironic as it has virtually no female characters! But when I spent a year recently as a Visiting Fellow of All Souls College, Oxford, a community of extraordinarily intelligent and interesting people devoting themselves to the life of the intellect, I realised I was experiencing the privilege of living out The Glass Bead Game in real life. 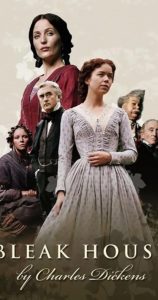 I’ve recently finished the extraordinary BBC adaptation of Bleak House, first made in 2005, with a brilliant cast, including Anna Maxwell Martin, Carey Mulligan and Gillian Anderson. It doesn’t put a foot wrong. Luckily, the BBC has put it back on iPlayer, for those of us who missed it first time round.

Elizabeth I, who blazed her way through the prejudices of her time to become one of the best monarchs this country has ever seen.

Sitting at my laptop in my study, and occasionally gazing out of the window at the chaffinches, goldcrests, greenfinches, tits and – if I’m very lucky – great spotted woodpeckers pecking at the bird feeders strategically placed outside. 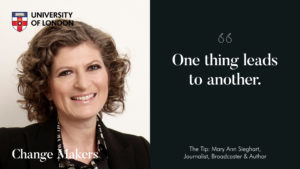 One thing leads to another. In other words, each time you meet someone new, they may open up an opportunity or introduce you to someone else, which could send your life down a different path. But you have to put yourself out there to allow this to happen.

“I know I have the body of a weak and feeble woman, but I have the heart and stomach of a King, and of a King of England too!” – Elizabeth I 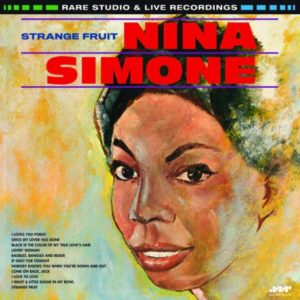 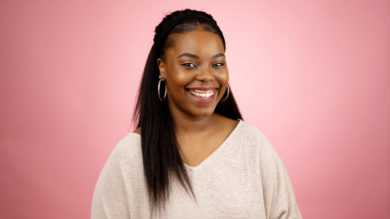 The 'burdening passion': how to create your own reality – Deborah Williams, Founder, The Women's Association 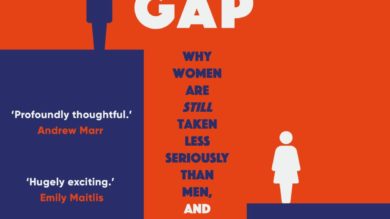 The Authority Gap: Why women are still taken less seriously than men, and what we can do about it 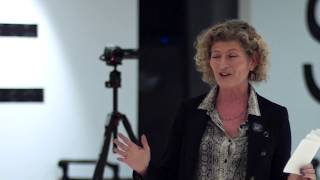