“At the end of the day, love and compassion will win.” Those are the inspiring words of Michael’s guest today, Terry Waite – former special envoy for the Archbishop of Canterbury, author and humanitarian. Working as a hostage negotiator in Beirut in 1987, he was taken hostage himself and held captive for more than four years – almost all of which was spent in solitary confinement. But in even the most trying of circumstances, Terry never let his imprisonment overcome him. While in captivity, he wrote his first book ‘Taken on Trust’, in his head, the first in what was to become a fruitful literary career. Since his release in 1991, Terry has founded numerous charities, including Hostage International, which gives emotional and physical support to hostage victims and their families. This is a story of someone who made light from the darkest situation and for whom love, hope and peace is always the answer.

Terry Waite has a long and distinguished record as a former hostage negotiator (having been a hostage), humanitarian, and author. Terry comes from Cheshire, where he was born in 1939, and on was first appointed as Education Advisor to the Anglican Bishop of Bristol. He and his family moved to Uganda in 1969 where he worked for the first African Anglican Archbishop of Uganda, Rwanda and Burundi. Around this time he founded the Southern Sudan Project, setting up aid and development programmes in the region. In 1980 Terry joined the Private Staff of the Archbishop of Canterbury, successfully negotiating the release of several hostages from Iran and Libya and gained public attention. In January 1987, while negotiating for the release of Western hostages in Lebanon, he himself was taken captive and remained in captivity for 1,763 days, the first four years of which he spent in solitary confinement. Terry was released in November 1991.

Terry co-founded Y Care International in 1984, serving first as Chair, and now as President. Terry is also President of Emmaus UK (for homeless people), Chairman and co-founder of Hostage UK, and has been actively involved with Prison reform. He was awarded the MBE in 1983 and the CBE in 1992 and has received many awards including honorary doctorates from British and foreign universities. 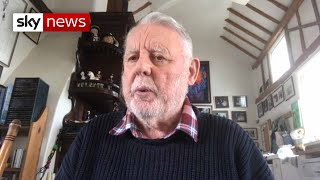 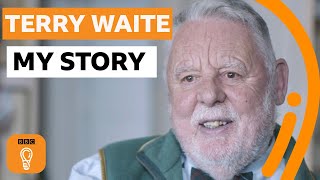 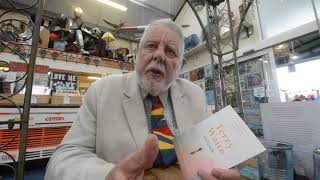