Sorrow and Bliss: the flow of a journey – Meg Mason

Michael welcomes Meg Mason, the author of Sorrow and Bliss, the best selling novel acclaimed as remarkable, extraordinary and containing a brutal, hilarious and compassionate truth. And for good reason, it’s a brilliant and important read. Amongst its many fans are newspapers including The Times, The New York Times and the likes of Gillian Anderson, Pandora Sykes and Sophie Dahl.

With a protagonist compared to Phoebe Waller Bridge’s Fleabag, an option for the big screen by Oscar winning US studio New Regency, this is the story of a writer on a journey and of that journey, perhaps a clue from one of her own favourite novelists Ralph Ellison, who observed that the end is in the beginning and lies far ahead.

Born in New Zealand, Meg Mason began her career at the Financial Times in London before switching to The Times to write on lifestyle, parenting and humour.

After relocating to Australia, she continued to write for a range of publications that include the Sydney Morning Herald, Cosmopolitan and GQ. She lives with her husband and two daughters in Sydney.

Meg’s first novel You Be Mother was published in 2017. Then Sorrow and Bliss, first published Australia in 2020 and then in the US and UK. 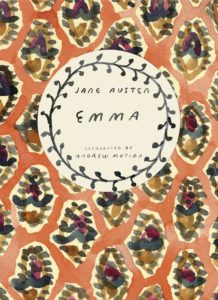 It was Emma by Jane Austen because I was not a reader when I was growing up and well into my teens, but this was the novel that turned me, at 18, and became a gateway to reading as a voluntarily, desperately-loved pursuit – and decided my career too I suppose.

About five minutes into the first episode of the new season of Succession, I realised I remembered absolutely nothing about the previous two, so I have gone back to the beginning.

Hopefully, by the time I’m done, the whole season will have dropped, sparing me the diabolical wait between episodes they’ve decided we have to endure, like it’s 1995.

Hilary Mantel, for what she has been able to achieve as a writer, despite suffering with extreme illness all her life, what supreme endurance it must have taken. That she has managed to write at all in the face of such challenge is inspiring; that she could write like that.

Being alone can’t be a condition for writing as it always was for me before because, lockdown first, and now this new way of Covid-living means I am seldom on my own anymore.

Although it goes against advice – that it’s important to resolve the small, everyday grievances in our nearest relationships, marriages, friendships, siblingships, by talking about them and expressing our feelings – I honestly think, sometimes? Just bottle it up. Bottlers get such bad press, but if the conflict really is a minor one, I think containing your feelings and just waiting for the thing to pass, which they do, is an act of immense generosity, which requires the kind of self-possession and character that should be applauded.

“Be that as it may.” Like so many people, I have always found letting go of my failures difficult and forgiving myself for them nearly impossible but I always thought it was prerequisite to moving on. A year or two ago I decided to stop trying at self-forgiveness and just exist alongside my failures. To work around them but saying, I failed in these ways but, be that as it may, I am going to proceed.

I did have a playlist called Forced Positivity, inadvertently folk/country in theme, which I made myself listen to when I was feeling quite the opposite: 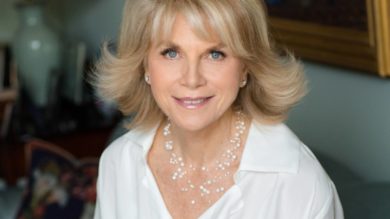 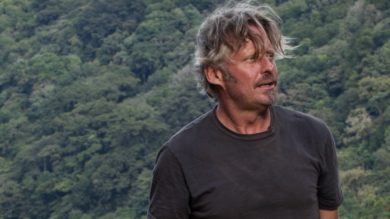 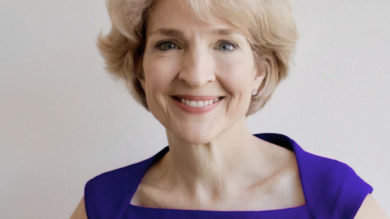